In this article you will see examples of how Instructor/Choreographer Antoine Troupe (@antoinetroupe) uses his SP to convert his followers.

For example: an Instructor/Choreographer, can use SuperPhone™ to immediately allow students and fans to reach out and show their support in ways previously unsupported by traditional social media.

Who Is Antoine Troupe?

Antoine Troupe (@antoinetroupe on Instagram), is a Choreographer/Teacher/Mentor from the San Francisco Bay Area with a social footprint of roughly 400K followers.

1. Antoine released his number on Instagram with the following image: 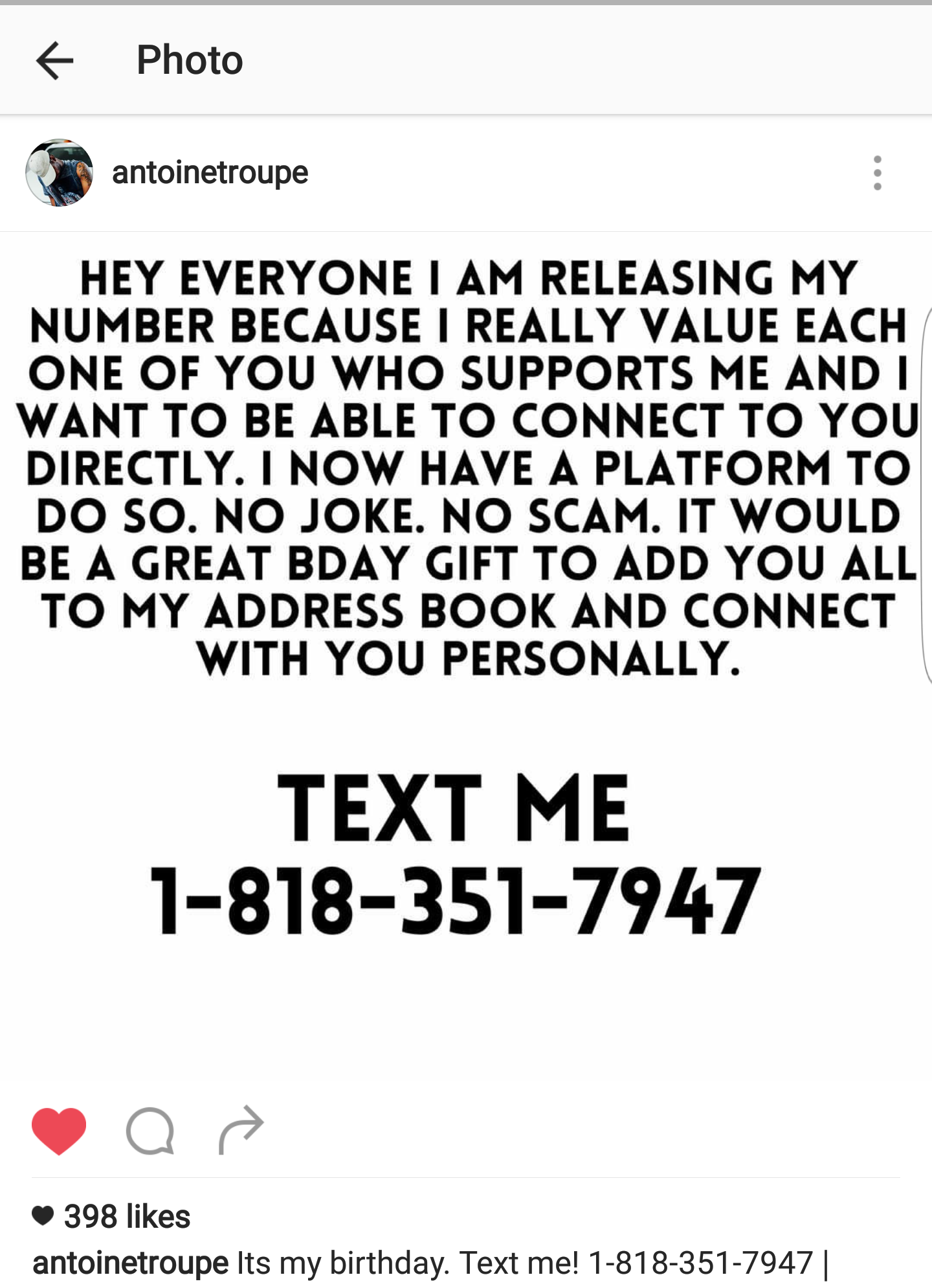 2. Fans that messaged Antoine received a reply asking for their information. When they entered their details and submitted the form successfully, they received a link to Antoine's online storefront.

How quickly does SuperPhone™ collect info and return a link?

In just 5 minutes on average, SuperPhone™ was able to capture a full fan profile (including socials, birthday and job information) and return the exclusive video link. For more information on auto-response delay times, visit our Smart Auto-responses documentation.

1. Fans were able to engage in meaningful dialogue allowing Antoine to expand his mentorship
2. Antoine was able to bring in a substantial regular monthly income from Tutorial subscriptions
3. Antoine has grown his social following from 34K to 400K in less than a year while increasing engagement and effectiveness 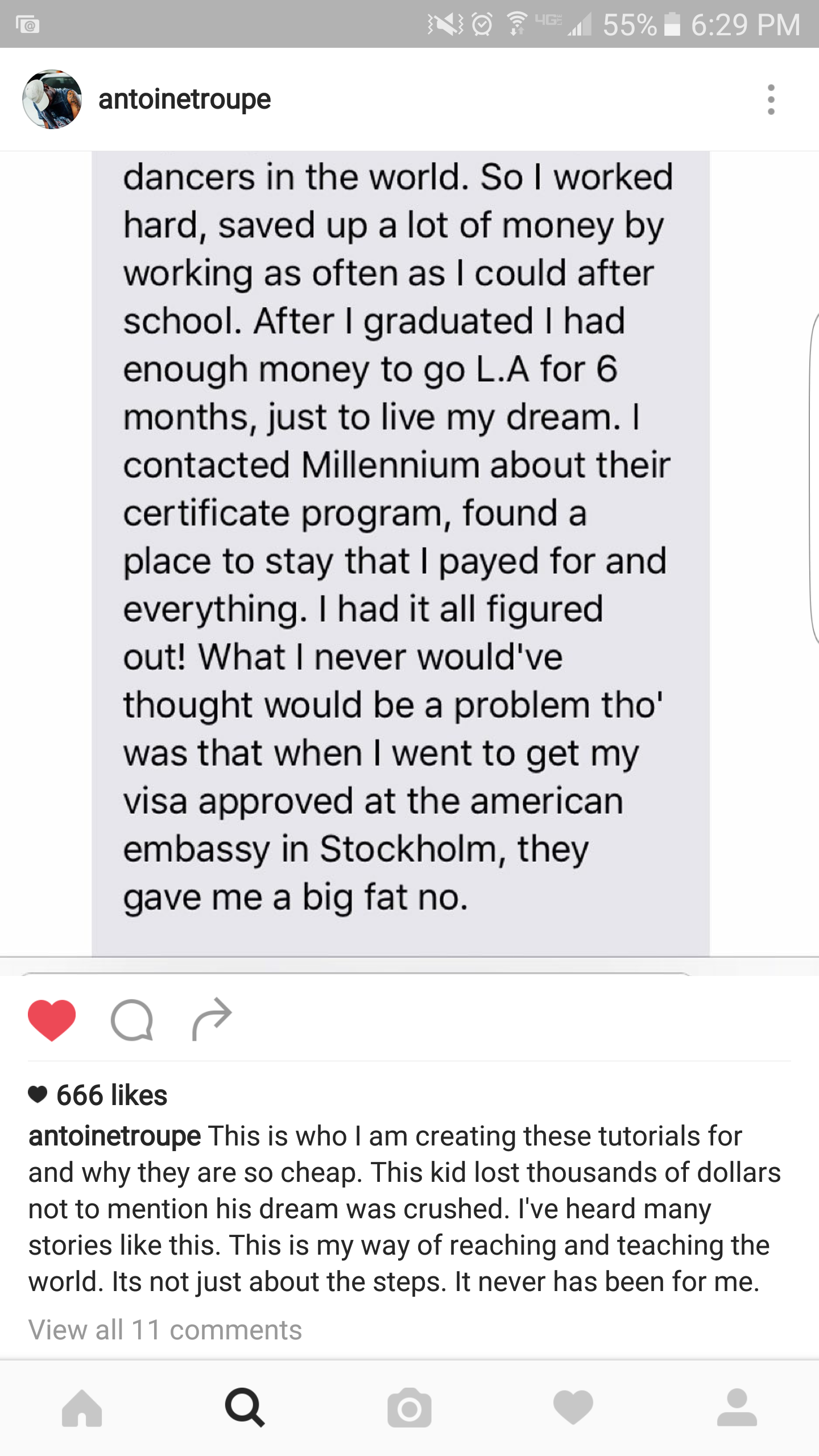 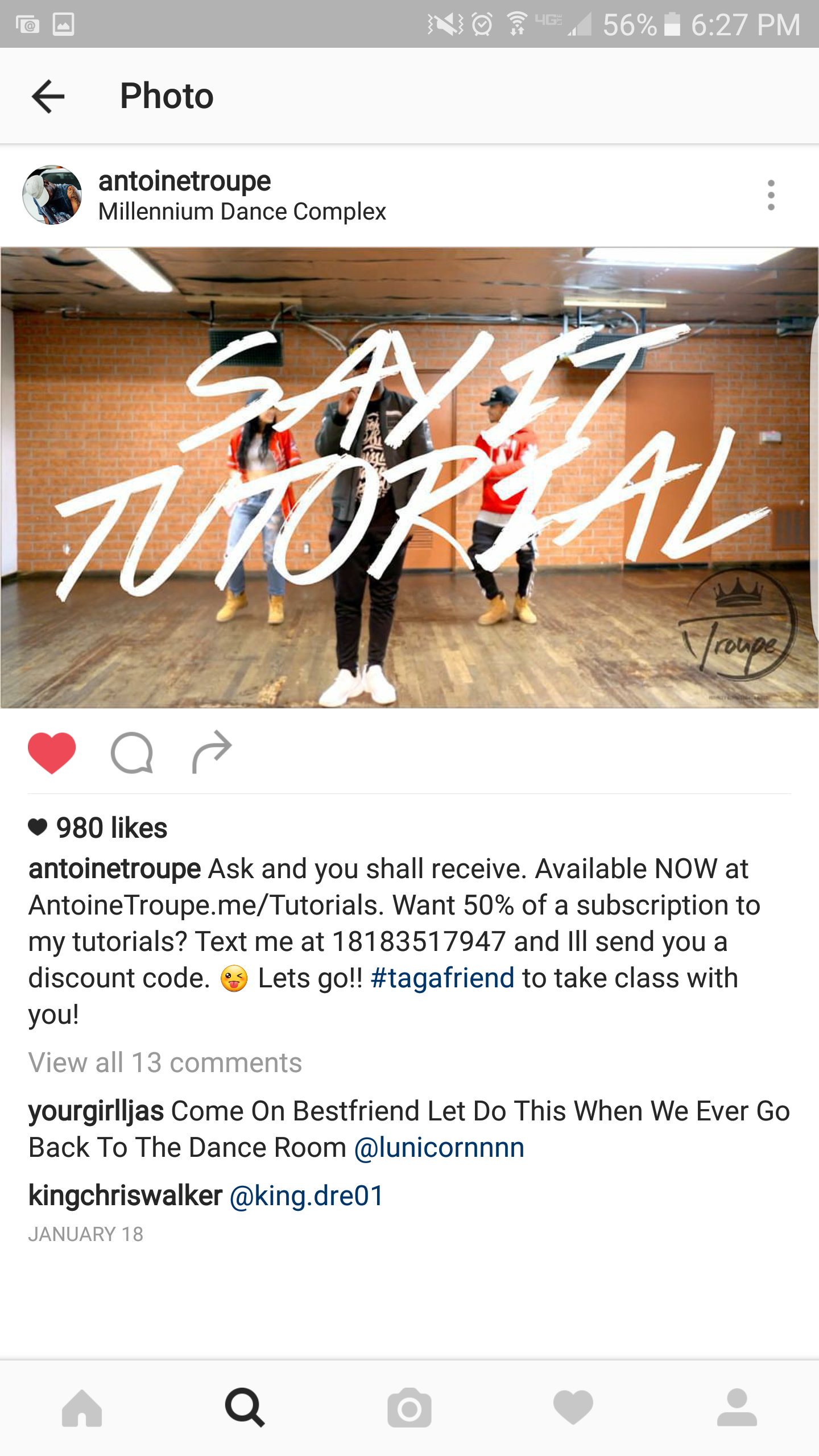 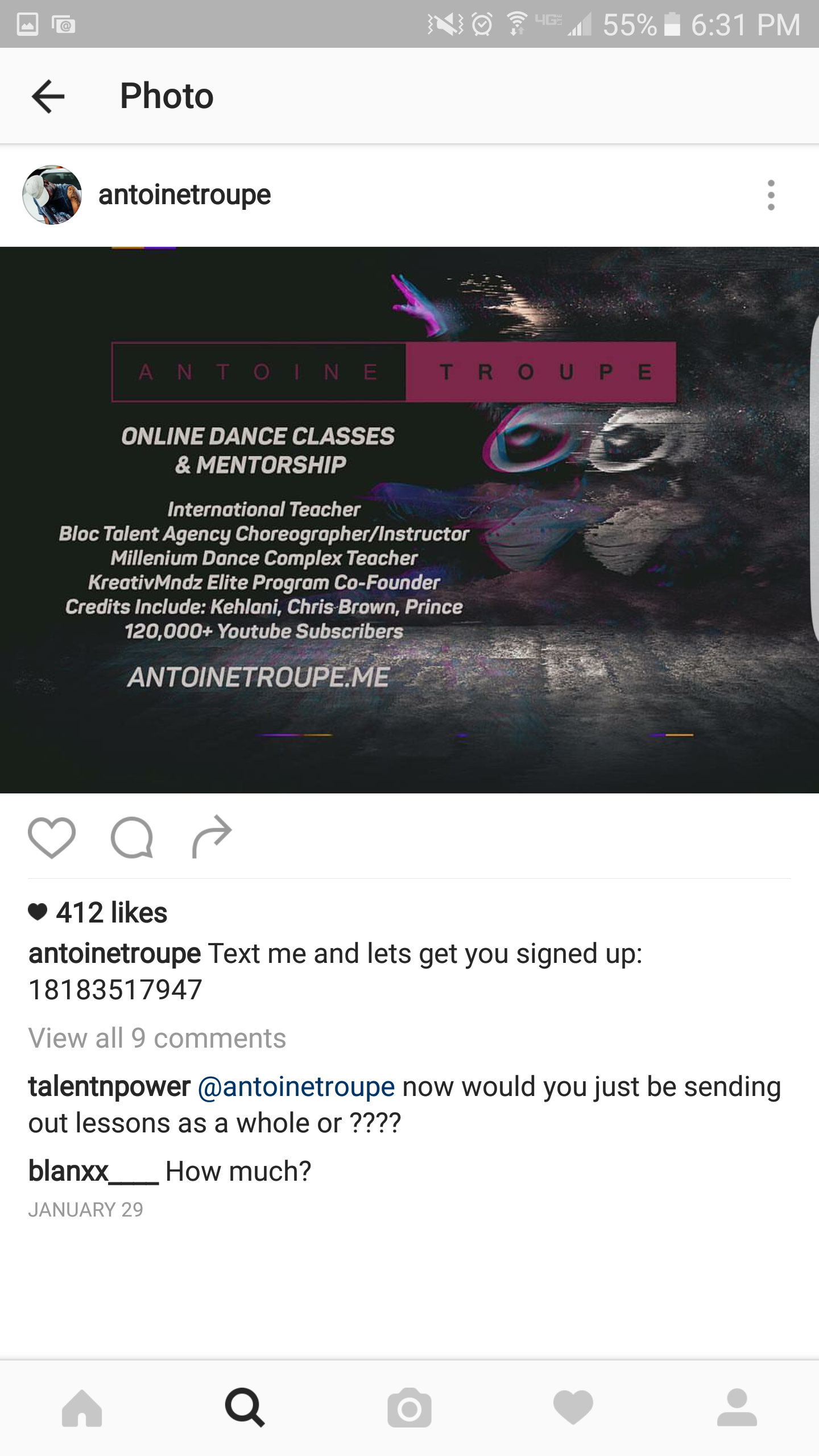